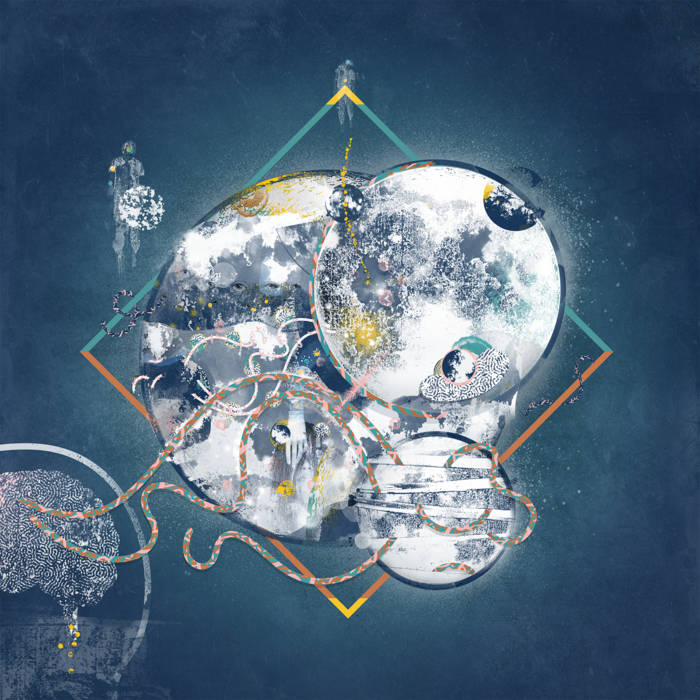 "It’s said that German philosopher Immanuel Kant hardly ever left his home town. Yet he managed to pull off some of the most influential thinking to date. How did he manage to do that? Well, a daily routine based on reasoning interrupted by long walks did the trick and – voilà! – another “Critique” was done!

Johannes Schebler’s body of work released under his Baldruin moniker may not exactly be as groundbreaking as the old geezer’s from Königsberg, but it’s fair to point out that his discipline is comparably versed and experienced when it comes to making his music. During the years past he hardly ever left town, avoided exhausting and time consuming nonsense such as touring and instead stayed inside preparing and releasing over a dozen albums since his first recordings back in 2009. He snuck out for a walk once in a while – especially to have a cheap lunch or dinner downtown – but other than that he kept himself busy watching Midnite Movies and messing around with a myriad of musical instruments. (And yes, an occasional painting was finished here and there, too!)

In short: Johannes is quite a regular guy following a well-arranged, unhurried 24/7 routine. Given this almost boring day in, day out one might wonder how he manages to piece together his colorful, imaginative and meticulously manufactured sonic miniatures? Well, it’s obviously that kind of untroubled artistic existence that leads to a mindset to create a slightly unsettling music quite far from the artist’s own experience. It’s not real, it’s phantasy. It’s art, it’s entertainment – and it’s meant to be fun. Keep in mind: Listening to „Vergessene Träume“ („Forgotten Dreams“) is like visiting a fairground’s Tunnel of Horror or a field trip to an other-worldly theme park: Tracks like „Begegnung im Labyrinth” („Encounter in the Maze“) or „Das Mysterium der Kreidefelsen“ („The Enigma of the Chalk Cliffs“) hint at the playful and surreal character of the music.

Music that is deeply informed by the colorful works of composers like Franco Battiato and the iconic and imaginative horror-movie soundtracks of Goblin („Suspiria“) and the likes. So, don’t mistake Baldruin’s fanciful, vaudevillian approach with the omnipresent depressive and dystopian post-postmodern aesthetics. Baldruin’s far from being a bleak bloke and such is his music: It’s the brainchild of a rich, child-like imagination, a celebration of the comical ‘n creepy yet life-affirming forces in life. Enjoy the ride!"