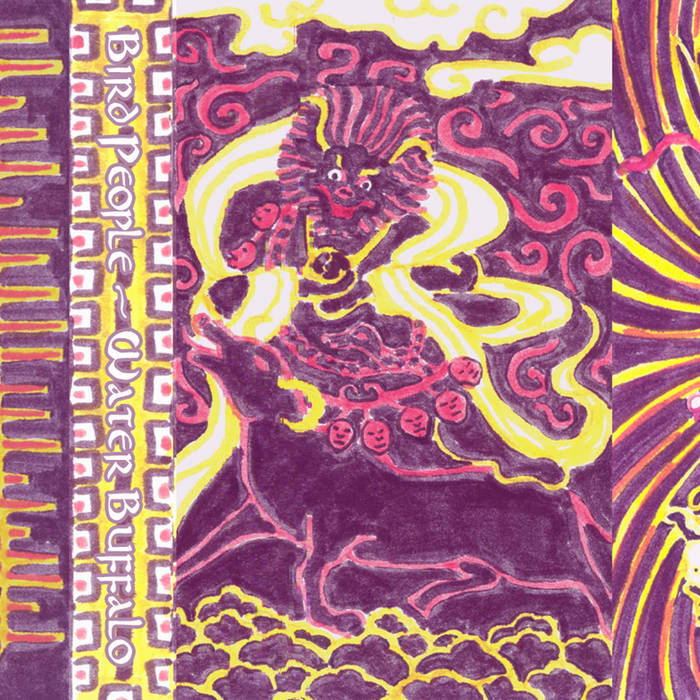 Re-issue of the great psychedelic
masterpiece, originally released by
Sloow Tapes in 2013.

"Uli Rois’ Bird People celestial meditations on the recurring image of the water buffalo in eastern mythology. The animal plays an important role in the myths surrounding the Hindu god of Death Yama, Oya, the goddess of change, and Lao Tsu who left China over the Han Gu Pass on the back of a water buffalo. Abstract guitars and electronics drowning in tanpura drones" - sloow tapes

"New tape from Uli Rois’ (Feathered Coyote Records et al) solo/communal psych/drone unit: here Rois uses guitar, electronics and tanpura to float a series of meditations on the recurring image of the water buffalo in eastern mythology, moving from the kind of hallucinatory American raga that is as ‘lunar’ as anything from the fists of Matthew ‘Doc’ Dunn while giving the nod to Kraut monsters like Yatha Sidhra/Emtidi et al." - Volcanic Tongue